The tarnished plant bug (Lygus lineolaris) has become the most economically important insect pest of cotton in Arkansas, Louisiana, Mississippi, Missouri, and Tennessee for a number of reasons, including resistance to several insecticides. Furthermore, multiple insecticide applications are needed for this pest throughout the season to minimize yield losses.

Currently, insecticide termination is based on node above white flower counts and decision rules based on heat-unit accumulation to determine the point in cotton development when the last harvestable boll is considered safe from insect injury. However, a better understanding of when insecticides targeting plant bugs can be terminated without meaningful yield loss may lead to a reduced number of insecticide applications.

The objective of this research was to validate current recommendations and determine if a more user-friendly method for insecticide termination could be established, possibly decreasing the number of late-season applications without sustaining yield loss.

In 2015 and 2016, field experiments sponsored by Cotton Incorporated were conducted at 15 locations across the Midsouth. The field locations and number of sites included Arkansas (5), Louisiana (4), Mississippi (3), Missouri (1), and Tennessee (2).

Terminating applications after the fourth week of flowering could often be possible without significant yield losses, assuming adequate control was achieved before that point. However, in areas that have higher levels of insecticide resistance or when tarnished plant bug infestations are high, this same termination time interval could result in yield losses. Therefore, in areas with high levels of insecticide resistance, the conservative management decision would be to terminate applications after the fifth week of flowering. This aligns closely with the current termination timing recommendation of node above white flower five plus 350 heat units.

top of the plant or because crop advisors are uncertain about when cotton is mature enough to be safe from economic damage.

Funding for this research was provided by Cotton Incorporated – Core Program as part of the Midsouth Entomology Working Group. This publication is based on information published in Crow et al. (2019). Journal of Cotton Science, 24, 17–21. https://www.cotton.org/journal/2020-24/1/17.cfm 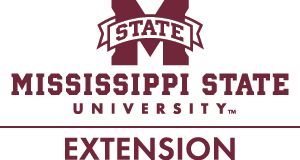 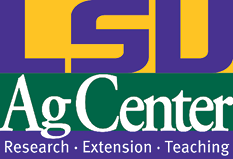 Mississippi State University is an equal opportunity institution. Discrimination in university employment, programs, or activities based on race, color, ethnicity, sex, pregnancy, religion, national origin, disability, age, sexual orientation, genetic information, status as a U.S. veteran, or any other status protected by applicable law is prohibited. Questions about equal opportunity programs or compliance should be directed to the Office of Compliance and Integrity, 56 Morgan Avenue, P.O. 6044, Mississippi State, MS 39762, (662) 325-5839.